Valentine’s Day is just around the corner, and 14 February will see huge quantities of cut flowers being bought as a gift. However, not only on this occasion, but also anytime of the year flowers will bring joy into our homes and offices. According to a statistic from the United Nations on imports, the world trade value of cut flowers is roughly USD 4 billion. The main purchasers are Europe (66.7%), the USA (19.3%) and Japan (10.7%). In Germany alone, the average per capita spending on cut flowers and decorative plants amounts to roughly EUR 100 per year.

So it’s important for traders and consumers that these flowers – which are often transported over long distances from where they are grown in Africa and South America – stay fresh for a long time and don’t start to wilt after a few days. The research team of Prof. Dr. Georg Groth from the Institute of Biochemical Plant Physiology at HHU has developed an efficient method for slowing down the wilting process of cut flowers. In the current edition of the journal Scientific Reports, the scientists describe how a synthetic peptide can be used to alter the response of cut flowers to the gaseous plant hormone ethylene substantially.

In recent years, several international research teams have identified the major elements of the ethylene signalling pathway and have determined their molecular functions and downstream interactions. These studies showed that each plant cell perceives the hormone via special receptors. From the receptors the signal is then transmitted via different protein molecules into the cell nucleus, where it triggers the wilting process, known as ‘senescence’. Interaction between the hormone receptors and the downstream ethylene pathway protein EIN2 is essential for the ethylene signalling process. By closing off this interaction signal transfer to the nucleus is disrupted and the wilting process can be delayed.

The research team of Prof. Groth made use of this finding and copied a short sequence from the EIN2 protein consisting of just eight consecutive amino acids. They introduced this sequence to the plant as a synthetic peptide called NOP-1. This peptide blocks the interaction of receptors and EIN2, which ultimately interrupts the transfer of the ethylene signal.
Experiments on different cut flower varieties such as roses and carnations demonstrated the simplicity, effectiveness and sustainability of this approach. NOP-1 is absorbed by the cut flower from the vase water. The biologists in Düsseldorf provide clear evidence on the NOP-1effect to extend the vase life of cut flowers.

Influencing senescence in cut flowers in a targeted manner is not the only application area for NOP-1. Prof. Groth and his group had previously demonstrated that NOP-1 can also inhibit fruit ripening in tomatoes and apples.

The next step now is to identify partners in industry to exploit a potential commercial use of NOP-1. This includes further studies to confirm non-toxicity as well as process development for cost-effective and economic production of NOP-1. 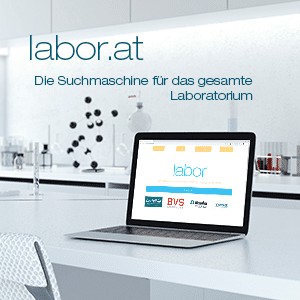